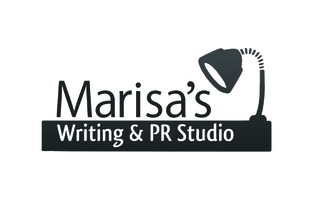 Welcome To Our Blog

Why Create a Press Release?

Can a press release benefit your business?  Yes!

Press releases stand as a key way to not just reach people but to also get them excited about your business.  The 24-hour a day news cycle and the Internet mean that journalists and bloggers are always looking for new ideas.  One of the ways that they find these ideas is through press releases.

The facts are that press releases have retained a sense of importance.  Where emails and even social media may be overlooked or ignored, the situation for press releases is different.  A certain psychology exists in the realm of press releases where journalists and the average person alike stop and think, “Ah a press release.  This must be something worthwhile.”  Of course, this isn’t always the case.  But often enough a press release does have valuable information to convey.  In short, people are preconditioned to see a press release and respond to it.

Since people respond to press releases that means that they can be remarkably effective marketing tools, when they are used correctly.   Press release writing isn’t enough to get your idea, startup or business noticed.  Sharp writing always gets noticed and it should.  After all, a well-written article, book or press release tells readers a great deal about the people behind the business.  Just as a handshake or a business card sends a message the same holds true for a press release, only ten fold!  The quality of your press release is of paramount importance; after all, if you don’t think enough of your business to craft a professional and enticing press release then what does that indicate about your business as a whole.  Your press releases are your calling card and they serve to tell the world who you are and why people should care.

Press releases play a variety of roles.  In addition to informing the world about your idea or business, press releases can also be key for an effective SEO strategy and for link building.  A press release can of course generate media buzz, but it will also generate back links when posted on other sites and show up in SEO results.  The SEO-press release relationship is one that should not be overlooked.  A well-conceived and properly executed SEO-press release strategy can dramatically boost traffic to your site and help your business garner much more attention.

The 7 Key Ways a Press Release Can Help Your Business

-Press releases garner attention, where other marketing may be ignored

-People are preconditioned to believe press releases are worthwhile

-A press release functions as a de facto “calling card”

Press releases have the ability to achieve what other forms of marketing can not.  A professionally crafted press release can help you generate everything from media exposure to increases in web traffic and more.  Simply stated, there is no replacement for a press release.

Marisa is the head writer at Writing & PR Studio. Looking for writing, design or PR? Contact her at [email protected]